A snippet of day 2 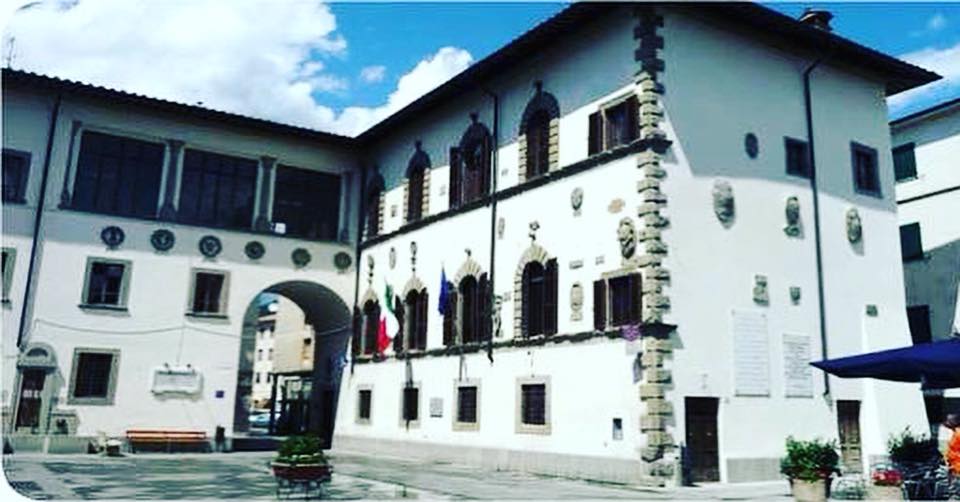 From the Passo di Viamaggio, we head down into the small village of Eremo di Cerbaiolo.

Built as a Benedictine monastery in the 8th century and donated to Saint Francis in 1216, becoming a parish for Franciscans in 1783. Saint Anthony’s place of prayer is marked here.

During World War II, this village was the scene of repeated clashes between local partisans and Nazi troops and suffered heavy damage. It has been totally restored and was donated in 1967 to a Franciscan Secular Insitute, and is now inhabited by monks choosing to live in meditation. The Saint Antonio Chapel of 1716 is built with its west side resting on the bare rock.

Pieve Santo Stefano is where we stop and spend our first night. It is a town in Tuscany, bordering Umbria and Romagna.

On a tourist note, for seventeen years, at the four points of entries of the town, there have been yellow signboards which encourage diary entries from ordinary people telling their Italian history and stories. In the townhall, there are public archives where autobiographic writings have been gathered up, including diaries, letters, memoirs, showing Italian life and history.

This little town was almost completely destroyed during the Second World war.

We have it on good authority that Hotel Santo Stefano will provide a very good pizza for our dinner!

“The Archives reflect today’s human conscience. People, who want to leave a trace of their own existence, are looking for a refuge; the Archives of Pieve Santo Stefano are a little refuge for them.”

For more information on this once in a lifetime adventure – please contact info@fightingfit.net.au.